Delivered to your inbox upon request

I stand amazed in the presence

Of Jesus the Nazarene,

And wonder how He could love me,

It was for me in the garden
He prayed: “Not My will, but Thine.”
He had no tears for His own griefs,
But sweat drops of blood for mine

In pity angels beheld Him,
And came from the world of light
To comfort Him in the sorrows
He bore for my soul that night.

He took my sins and my sorrows,
He made them His very own;
He bore the burden to Calvary,
And suffered and died alone.

When with the ransomed in glory
His face I at last shall see,
’Twill be my joy through the ages
To sing of His love for me. 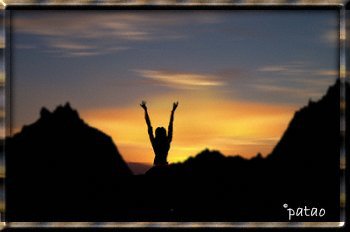 And he went up unto them into the ship; and the wind ceased: and they were sore amazed in themselves beyond measure, and wondered.

Throughout the years since I have had a personal intimate relationship with Jesus Christ, He has amazed me over and over. The amazement didn't stop with the wondrous miracle that He saved me, or that He healed me, or that He delivered me.  Every day there has been some little something that lets me know He is still around.   It may be something as simple as a phone call coming at just the right time or finding my car keys, but He uses those small little details of my life to show me that He loves me.   In my testimony, one thing I almost always say is, "He continually amazes me."

Usually, when these amazing things happen I don't even realize it was God until I think about it for a moment or longer. Long after the phone call ends,  I think about the time I prayed for a call from that person; and then I know that was God.  When I find the keys in the exact place where I have already looked 25 times; I take them, crank the car, start driving down the road and then I say,  "Thanks God for finding the keys."  Whether God answers a small prayer or a large prayer, we should be equally thankful and amazed.

This past weekend I was facing some difficulties.  I was asking God just exactly where was He in all this. I longed for Him to reach down and fix everything. He could I knew.  I cried out to Him.  He didn't fix everything, but He did answer.  He did renew my hope.  While I was praying for resolution I heard God speak very clearly. It seems I had gotten so used to God stepping in just when I needed Him to in all the little things, I was kind of taking Him for granted.  I wasn't allowing Him to amaze me as He once had.  If I wasn't amazed by the little things, I guess He thought I didn't deserve to be amazed by big things.  I  know I heard God very clearly say, "If you will continue to be amazed, I will continue to amaze you."

Now I stand prayerfully waiting for God to amaze me once more.  May I always stand in awe of Him, allowing Him to amaze me and truly appreciate the amazement